Review: The Circle-Maker by Mark Batterson

The following is a review of The Circle-Maker by Mark Batterson published in 2011.

The Circle-Maker introduces us to the legend of Honi the circle-maker. Honi drew a ritualistic circle around himself in the sand wherein he prayed that God would pour forth rain. According to the author, Honi prayed with “the authority of the prophet Elijah” (p. 10). The rain came (or so they say).

Honi’s full name is Honi ha-M’agel and his tomb is in Hatzor HaGlilit, Galilee. Though Honi is referred to in the ancient Jewish writings (Talmud, Midrash) and also by Josephus, he is not found in the Old Testament Scriptures.

One might think this is just a nice little inconsequential legend we can read about and move on. But Batterson informs his readers that they should “imitate” Honi’s method of drawing prayer circles. He writes, “The earth has circled the sun more than two thousand times since the day Honi drew his circle in the sand, but God is still looking for circle makers” (p. 13). The question then becomes: Should Christians imitate this practice?

Some would say an emphatic yes! Popular leaders such as Nancy DeMoss Wolgemuth encouraged circle-making at her True Woman Conference in 2012 as well as in 2014 on her Seeking Him podcast episode titled Inside This Circle. Jen Hatmaker has promoted it on her website as well. Also, John Ortberg, pastor of Menlo Park Presbyterian Church, said, “Honi the circle-maker is a long-time legendary figure, and Mark Batterson is well on his way. You will love the freshness of this approach to prayer.”

This is where we have a problem. A big problem.

God has never mentioned in Scripture that prayer should include drawing circles, rather figurative or literal, around ourselves or anyone else! Why would leaders within Christendom be promoting something drawn from legend? It causes great confusion for God’s people.

Let me explain several concerns about the teachings found in “The Circle-Maker.”

Batterson writes that Honi’s circle, which he drew in the sand and of which he was in the center and prayed – became a sacred symbol. (p. 11) Did you catch that? A story and its practice – not found in the Bible – is a sacred symbol for Christians?!

The practice of circle-making is actually found in pagan religions and witchcraft (as some have pointed out). It was most recently introduced into the church through gypsy culture. It is reported that there was a famous gypsy revivalist from the late 19th and early 20th century, named Rodney ‘Gipsy’ Smith, who used circle-making. The practice of integrating the “gypsy circle of protection” into Christianity is widely attributed to Smith.

An actual sacred symbol is something that represents a spiritual revelatory truth from God. For example, baptism represents our being united with Christ in His death, burial, and resurrection. Communion represents Christ giving His life for the salvation of His people. The burning bush represents God revealing Himself to Moses and giving Him instruction. Whereas, circle-making is an image or representation of some activity done on our part that supposedly becomes a place where we meet with God. That sounds more Catholic than anything.

So, why would a legend found in pagan teachings, and not found in the Bible, ever be a sacred symbol for Christians to imitate?

There may be some confusion with the picture that is painted by the practice, which is someone standing in the center of a circle and praying. Praying to the God of the Bible means praying in His will. Batterson writes, “Drawing prayer circles starts with discerning what God wants, what God wills” (p.14).

But with circle-making prayer, who is in the center of the circle? Quite odd. If our prayers start with God, why would I draw a circle around me?

We must question whether this kind of praying truly is about God’s will being at the center. And, when we hear of revivals that call for prayer circles, we must wonder whose revival it is.

Another questionable teaching in the book is found starting on page 13 where Batterson argues that boldness and bigness are two things God is pleased with when we pray. You might be thinking it is good to have confidence before God in praying. Indeed, that is true.

But Batterson takes Biblical descriptions of God working, in an historical context with specific commands to obey, and turns them into a prescription for us to follow and claim as ours. For example, the story of Joshua really becomes all about – us imitating Joshua (p. 15). The problem with this is that we don’t receive specific promises/commands from God like Joshua did in order to be able to pray with “bigness and boldness.” True faith does please God. But true faith is based in God’s Word. It is not birthed in us and by us. We do not whip it up in our own power.

The fruit that God brings to glorify his own name in the life of the believer is for those who abide in Christ as Christ abides in them. (John 15:7-8) The Christian has great boldness of access into His presence because of the blood of Jesus Christ (Hebrews 10:19). This boldness is based in His provision of our access to him without circles. It is not based in our ritualistic prayer circles that are centered on how we have decided He might best be glorified by doing what we “boldly” desire. The picture Batterson paints goes way beyond the Biblical witness.

Further, Batterson writes that “prayers are prophecies. They are the best predictors of your spiritual future.” (p. 14) There is something incredibly deceptive with this idea. Prayers are us talking to God. Prophecies are the truths God has spoken found in the Scriptures. In God hearing us and answering us, it can build great assurance in our hearts regarding His working in our lives.

Batterson essentially uses prayer as an attempt to invoke the deity to do our bidding and calls that faith. But if we think we can shape our lives by what we pray, how is that seeking God and His will? There is a huge difference between humbly submitting to the Holy Spirit through prayer and petition according to the truths of God’s Word versus summoning God to do our bidding which we assume is His will.

This is where we must stop and confess that circle-making prayer goes way beyond the Biblical concept. Circle-making prayer as Batterson describes it and all such prescriptive ritualistic practices of men are nowhere to be found in the Bible – except the places where we are told to flee false worship in the Old Testament! Drawing a circle around oneself and invoking a spirit being is found in paganism and witchcraft. You should absolutely run away from such teaching! It is not of God.

Sadly, Mark Batterson has popularized the “circle-making” phenomenon which has now swept through neo-evangelicalism. Instead of rejecting it, many have embraced and practice it. This is the sad state of the visible church. Somehow, many think we can borrow practices from paganism for a “new” Christian practice and come out unscathed.

In reality, that mindset sets the stage for a continual downward spiral and is yet another piece of “the falling away” puzzle. Unfortunately, there already are many and will be plenty more false doctrines that ride in on this deceptive carpet. Are you on guard, Christian? 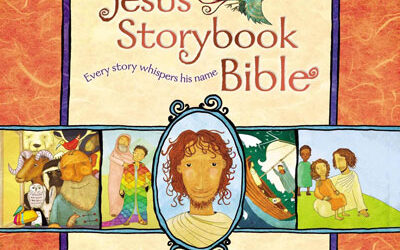 Have you considered the message of The Jesus Storybook Bible? This review explains that it is actually an unbiblical view of God the Father and the nature of the fall.

END_OF_DOCUMENT_TOKEN_TO_BE_REPLACED 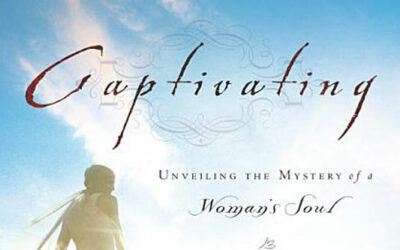 Is Captivating by John & Stasi Eldredge a good Christian book? In this article, we review the many false statements presented by the authors.

END_OF_DOCUMENT_TOKEN_TO_BE_REPLACED 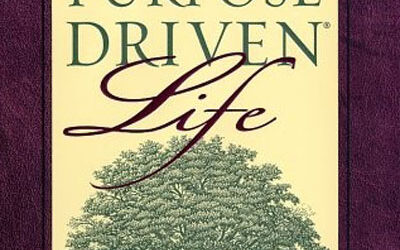 The Purpose Driven® Life by Rick Warren has a strong appeal to many people. Is its message about the God of the Bible? Or is it of a humanistic spirituality?