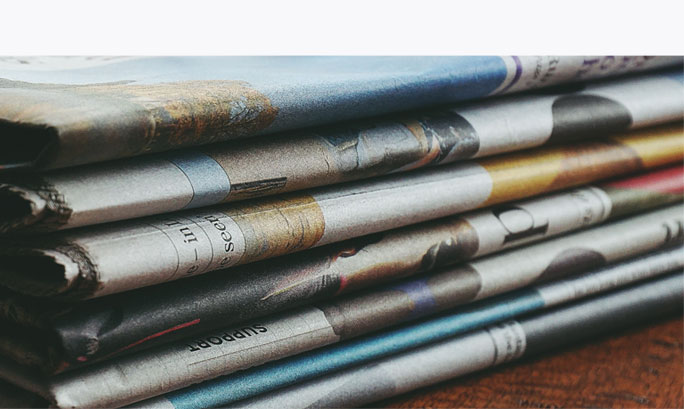 A “world-view” is an arrangement of ideas in and through which a person interprets and judges reality. It is a background “script” that undergirds consciously or unconsciously, more or less consistently, a person’s thoughts and actions. In the jargon of biblical/theological studies there is a long German word heilsgeschichte (holy history), meaning roughly “salvation history.” Salvation history is the series of events and truths that portray God’s redemptive plan across the ages, a worldview focused specifically on the elements of salvation. From it is drawn the church’s historical teaching about salvation. It is broad in its scope, usually beginning with creation and the fall and moving on through the incarnation of Christ, His substitutionary death for human sin, His resurrection from the dead, His ascension into heaven, the coming of the Holy Spirit, the founding of the church by the apostles, the second coming of Jesus, the final resurrection and judgment, and the final state of glory. But beware.

In recent decades a radically different script of salvation, a different worldview, has entered the church. It is called the Dominion Mandate. Unfortunately, it is rarely recognized as being outside the boundaries of orthodox belief. It has many things in common with traditional Christianity, but its underlying heilsgeschichte is fundamentally different. It is a rival salvation history, which promotes a false gospel. The current evangelical culture of downplaying theology in favor of pragmatic strategies is a main reason why this alien salvation history is often undetected when it creeps, or strides boldly, into the church.

The Dominion teachers have a unique and consistent theological viewpoint which underlies and undergirds all they do, and an unwritten standard by which they interpret and judge everything. Prayer walking, spiritual mapping and whole-city reaching and transformation efforts are connected to the heresy of restored offices of apostle and prophet. This teaching is a mutant form of the Latter Rain, a radical fringe movement of Pentecostalism that flourished at mid-20th century and then went underground for a period of time. It then resurfaced unrecognized in the Charismatic Renewal, and now comprises all independent churches organized under a top-down pyramid structure known now as the New Apostolic Reformation (NAR).

Although Dominion participants often have their own ministries and don’t always identify with the NAR they are linked together and know and recognize each other as comrades in the Dominion Mandate. They all know each other and recognize that they are part of an large extended family. They draw support from one another to develop dominion strategies. They all zealously propagate the new “revelations” of their leaders, the apostles and prophets, and recognize fellow apostles (whether publicly named or not) who exercise authority among themselves. They religiously believe God has reserved all of this for the very last days of the church age. [2]

Robert M. Bowman Jr. has given us a condensed summary of the Kingdom/Dominionist ideology.

“In the very beginning God created the universe and populated it with spirits (or angels) who lived in perfect obedience to Him. However, a third of these angels, led by Lucifer, rebelled against God’s authority, becoming demons. The angelic rebellion occurred in a “gap” between Genesis 1:1 and 1:2. The result was that the earth, which was the headquarters of the demonic Evil Empire, was brought into chaos. In order to win back unchallenged dominion over the universe, God introduced into the earth, Man, a race of creatures which God intended to become a resistance movement that would conquer the Devil’s home planet and thus lead the way in taking back dominion over the entire universe. Man was to be a race of little gods exercising authority, thus overwhelming the devil’s forces.

Unfortunately the father of this race (Adam) was tricked by the devil into forfeiting Man’s place in this plan and actually brought God’s first plan to naught. God was then forced to come up with plan B to take back dominion. His solution: to introduce into this fallen race a man in whom the divine nature dwelled fully, who would become the prototype of a new race of human beings in which the original godhood of Adam was restored. This divine Man was Jesus, a perfect manifestation of God the Father and the “first fruit” of the incarnation of God.

This race of little gods who are spiritually united with Christ as members of His body is the church, constituting collectively with Him the complete incarnation, a corporate manifestation of God in the flesh, which together will overcome the devil and restore God’s dominion unchallenged on the earth. Ultimate victory over the devil, then depends finally upon the church accepting the calling to be little gods.It further depends on the church submitting to the restored apostles through whom God is seeking to mobilize the church into a unified army prepared to take dominion back from the devil.” [3]

After Adam had given it away, God didn’t have any more authority, according to this heretical teaching. This “false identity” teaching suggests that Jesus was taken to Hell after his death. Here Jesus was not only tormented by Satan, but he became a sinner. (Further study: The Born-Again Jesus of the Word-Faith Movement) But this caused Him to be born-again and he was raised to life as the first born-again man becoming a prototype or pattern son for all believers. Believers, according to this worldview, are meant to partake of the same power and authority as Jesus. But the church, like Adam, has botched the plan because of its unbelief and ignorance. Finally now, at the end of the age, in the time of the purported “Latter Rain” (since the 50’s), the church has been given new “prophets” and “apostles” to lead a united church to establish God’s lost rule, i.e. dominion, in the earth. Using spiritual warfare techniques, newly revealed to chief apostle of the NAR, C. Peter Wagner, [4] the church will take whole cities and nations for God, and will at long last take control of the heavenlies, having cast Satan down.

“The church has now been placed potentially in control of the heavenly places once ruled by the prince of the power of the air. But this reconstituted church must engage and defeat the enemy and retake the heavenlies in the name of her Lord.” [5]

This Dominion mythology is totally at odds with biblical teaching.

1. Dominion teaching paints a false view of Adam and his fall. It pictures him as a god who lost his godhood when Satan tricked him.

The Bible, on the other hand, teaches Adam fell into sin by rebellion and this resulted in judgment and death for him and his posterity. (Romans 5:12f).

2. Dominion teachers assert that by Adam’s failure God lost His legal authority over the earth to Satan.

3. Dominion teachers view man as an extension of the incarnation of Jesus.

But there is no biblical teaching that Jesus is a ‘pattern son.’ (or that individual believers are “little gods”) Christ indwells His church through the Holy Spirit. (i.e. the church is not Jesus, the Head)

4. Dominion mythology teaches that the church has been given authority to invade and conquer the heavenly places.

But there is no biblical warrant for this fairy tale.

This constitutes the basis of Dominion mythology and it is the master plan behind all Dominion teaching and practices. [6] This mythology is constantly being refreshed by new and absurd “revelations”. But these wild revelations still fall and remain within the dominion mythology.

Endnotes:
1. Mark Pfeifer, “Theology of Reclaiming 7 Mountains: The Dominion Process,” http://www.reclaim7mountains.com/apps/articles/default.asp?articleid=41538&columnid=4347
2. The extensive historical documentation on the points made in this paragraph, and the one above, can be found in Al Dager’s excellent book VENGEANCE IS OURS: THE CHURCH IN DOMINION (Sword, 1990), available here: http://home.etcable.net/hestervanboven/Books.htm
3. Robert M Bowman Jr., “The Gospel According to Paulk – A critque of Kindom Theology,” The Christian Research Journal, Vol. 10, No. 3, 1998, p. 8. Quotation reformatted for blog use.
4. To see an example of C. Peter Wagner’s teaching on this topic, see the lead quotation at the top of this Herescope post: http://herescope.blogspot.com/2007/07/cultural-mandate.html
5. Ed Silvoso “That None Should Perish” audio cassette, 1982.
6. See more quotations illustrating this mythology at http://www.deceptioninthechurch.com and also see: http://www.deceptioninthechurch.com/premilpostmil.html

The Truth of False Teachings

For more about the “whistle blowing” ministry of 4 Truth Ministry, please see our About page as well as our False Movements page which lays out several false teachings/teachers found within evangelicalism.