What are the Different Views of Mankind’s Eternal Destiny & Do They Line Up with the Bible?
l

With the rise of technology, social media platforms, and news sources, everyone can – and many do – give their perspective. On any given topic, there are inevitably multiple ways of approaching it or looking at it and then drawing conclusions.

Well, Scripture has something to say about this. God, in His Word, says His Word is the final say. In fact, Jesus Himself claimed there is only One Way in regards to the eternal destiny of mankind (John 14:6).

This brings us to our topic today. We will be looking at three general teachings/views of mankind’s eternal destiny: universal, inclusive, and exclusive. We will see how each of these views works itself out in the church and also in the world. The purpose of this, then, is to know which teachings compare or conflict with what the Bible actually says.

This discussion is very important to have right now. The false teachings concerning these issues have been present in the world for ages and are embraced whole-heartedly. Recently, however, there has been a greater influx of these false teachings into the visible church by those who claim Christianity.

Universalism is the belief that everyone will spend eternity with God. It says that no one will see a place called hell nor does anyone live there forever.

Universalism says that the church is the “kingdom” of God upon earth as a “community” of “loving” individuals headed toward heaven. It views all people as a part of this community, whether they know it yet or not. Typically, universalism has no teaching of eternal torment for sin, the need for repentance, nor a final judgment. Neither will you have the specifics of the salvation found only in Jesus Christ and the nature of His second coming clearly taught.

Ultimately, universalism is the belief that all religions or philosophies have some “light” of truth within them. The individual human quest, whether small or great, is the final vindication for any person.

However, the Bible makes very clear that there are two separate and distinct eternal destinies for human beings:

And if anyone’s name was not found written in the book of life, he was thrown into the lake of fire. Revelation 20:15 NASB

Inclusivism is the teaching that who and what Jesus has done in salvation extends to all people. In this view, Jesus’ work is unequivocally and categorically applied to all people; and His light shines into the world for all, whether it is acknowledged or not.

Inclusivism would have the gospel presented in the church in such a way that there is an “acknowledgment” of sin with no particular real consequences for that sin. There is no actual specific call to repent and to believe the gospel. The need for Jesus Christ and the sole mediation of Jesus Christ becomes a mute point. Inclusivism assumes that everyone is already on the journey toward the kingdom. It says that all can have greater spiritual experiences on that journey, emphasizing mystical encounters with deity rather than the truth of Scriptures.

Ultimately, inclusivism says the person of Jesus has become a “door opener” for all religions; and the “spirit of grace” associated with Jesus is so overwhelmingly applied that all are included. It says, Jesus is the Savior of “all mankind” even without specific faith in His name, and that all are included in the spiritual journey of “seeking light” no matter their religion or beliefs.

However, the Bible teaches there is a clear defining and demarcation of dark versus light, death versus life and because of the fall of mankind we are born into death:

For God so loved the world, that He gave His only begotten Son, that whoever believes in Him shall not perish, but have eternal life. For God did not send the Son into the world to judge the world, but that the world might be saved through Him. He who believes in Him is not judged; he who does not believe has been judged already, because he has not believed in the name of the only begotten Son of God. This is the judgment, that the Light has come into the world, and men loved the darkness rather than the Light, for their deeds were evil. For everyone who does evil hates the Light, and does not come to the Light for fear that his deeds will be exposed. But he who practices the truth comes to the Light, so that his deeds may be manifested as having been wrought in God. John 3:16-21 NASB

No one, after lighting a lamp, puts it away in a cellar nor under a basket, but on the lampstand, so that those who enter may see the light. The eye is the lamp of your body; when your eye is clear, your whole body also is full of light; but when it is bad, your body also is full of darkness. Then watch out that the light in you is not darkness. If therefore your whole body is full of light, with no dark part in it, it will be wholly illumined, as when the lamp illumines you with its rays. Luke 11:33-36 NASB

And you were dead in your trespasses and sins, in which you formerly walked according to the course of this world, according to the prince of the power of the air, of the spirit that is now working in the sons of disobedience. Among them we too all formerly lived in the lusts of our flesh, indulging the desires of the flesh and of the mind, and were by nature children of wrath, even as the rest. Ephesians 2:1-3 NASB

Inclusivism sounds very similar to universalism, but there is a defining difference. Universalism is the fact of a peaceful eternity for all whether the individual knows or seeks for it. Inclusivism is the on-going teaching and re-assurance that all are now already included in that eternal result.

Now we come to a third doctrine which is not as accepted in our world today: exclusivism. It is counterpoint to the first two views and is the actual biblical witness of truth.

Exclusivism is Jesus Christ’s work of redemption from sin as the only means of salvation. His salvation is exclusively for those who have been converted. In other words, they have responded personally to the Biblical call with faith/repentance. Repentance is a turning away from sin and to God.

Exclusivism means the actual Person of Jesus Christ is the center-piece of His gospel. It is good news in that it delivers us from the just penalty of our sin and brings us into a right relationship with God. Salvation is a personal knowing of Him only, as Lord and Savior. It is a specific faith that we are called to believe and receive. There is the on-going preaching of the Word within the church body, for the purpose of each believer making sure they are actually in the faith that has been delivered by God to His saints.

Ultimately, exclusivism is when the gospel is preached throughout the world and people are called by God in that gospel to biblical faith and repentance from sin toward Jesus Christ.

We can know exclusivism is taught in the Bible when John the Baptist, then Jesus, and then the Apostles speak about the clear and exclusive nature of the gospel and the kingdom of God.

Now in those days John the Baptist came, preaching in the wilderness of Judea, saying, “Repent, for the kingdom of heaven is at hand…As for me, I baptize you with water for repentance, but He who is coming after me is mightier than I, and I am not fit to remove His sandals; He will baptize you with the Holy Spirit and fire. His winnowing fork is in His hand, and He will thoroughly clear His threshing floor; and He will gather His wheat into the barn, but He will burn up the chaff with unquenchable fire.” Matthew 3:1-2, 11-12 NASB

He who comes from above is above all, he who is of the earth is from the earth and speaks of the earth. He who comes from heaven is above all. What He has seen and heard, of that He testifies; and no one receives His testimony. He who has received His testimony has set his seal to this, that God is true. For He whom God has sent speaks the words of God; for He gives the Spirit without measure. The Father loves the Son and has given all things into His hand. He who believes in the Son has eternal life; but he who does not obey the Son will not see life, but the wrath of God abides on him. John 3:31-36 NASB

We give thanks to God, the Father of our Lord Jesus Christ, praying always for you, since we heard of your faith in Christ Jesus and the love which you have for all the saints; because of the hope laid up for you in heaven, of which you previously heard in the word of truth, the gospel…For He rescued us from the domain of darkness, and transferred us to the kingdom of His beloved Son, in whom we have redemption, the forgiveness of sins. Colossians 1:3-5, 13-14 NASB

Beloved, while I was making every effort to write you about our common salvation, I felt the necessity to write to you appealing that you contend earnestly for the faith which was once for all handed down to the saints. Jude 1:3 NASB

Test yourselves to see if you are in the faith; examine yourselves! Or do you not recognize this about yourselves, that Jesus Christ is in you – unless indeed you fail the test? 2 Corinthians 13:5 NASB

And there is salvation in no one else; for there is no other name under heaven that has been given among men by which we must be saved. Acts 4:12 NASB

In conclusion, Acts 4:12 tells us we must be saved. That salvation is the light spoken into the realm of humanity (John 1:1-5). It separates some of that humanity into a new humanity – from that kingdom of darkness into a new kingdom (Colossians 1:13-14). It has its effectual goal in John 3:16 as an individual person specifically believes on the Lord Jesus Christ of the gospel. 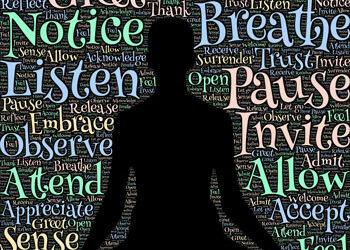 Spiritual formation can be confused with sanctification. So, what exactly is it? What is it’s intended purpose? What is the underlying theology of spiritual formation? We navigate through these questions here.

END_OF_DOCUMENT_TOKEN_TO_BE_REPLACED

When it comes to the subject of hearing from God, there are a couple of popular Bible verses frequently used. The first is Psalm 46:10a and the second is 1 Kings 19:12.

END_OF_DOCUMENT_TOKEN_TO_BE_REPLACED 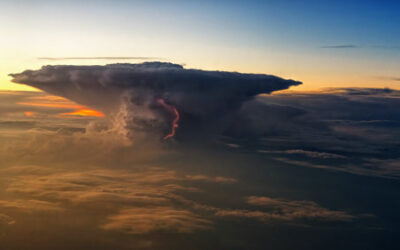